Two times, I have teamed up with Session Player Chuck Jones in Nashville to build a bass for him to tour. Chuck has gotten it signed by the artists and musicians he’s been working with, and at the end of the year we have donated the bass to the Ronald MacDonald’s House Charity Auction.

For the 2012 auction I built a Wide Joan with a black limba body topped with a beautiful Myrtlewood top. It featured a maple neck with an ebony fingerboard, Bartolini pickups, Aguilar preamp and Hipshot hardware. The bass is shown below after Chuck had toured with it for almost a year and gathered signatures on the way! The bass sold for $14,300 dollars, which is the highest selling auctioned item for the Charity Auction ever!

Chuck was interviewed about the Clement Charity Bass in Bass Frontiers Magazine, read it here! 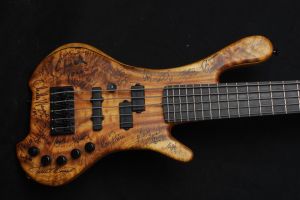 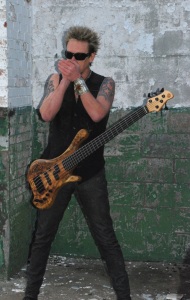 Chuck and I repeated the Charity Bass project in 2013 as well. This time I built another Wide Joan with a Mesquite body, and a maple neck with mesquite fingerboard. This time we used EMG electronics. The bass turned out nice, and Chuck did a great job of collecting autographs on it! 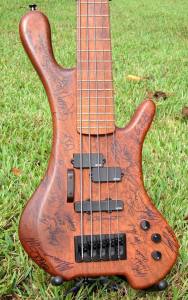 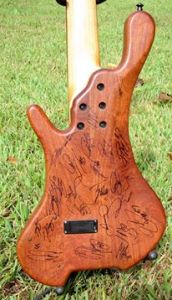 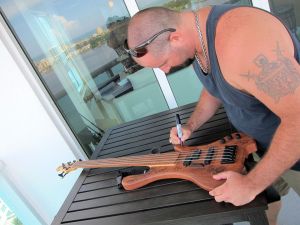